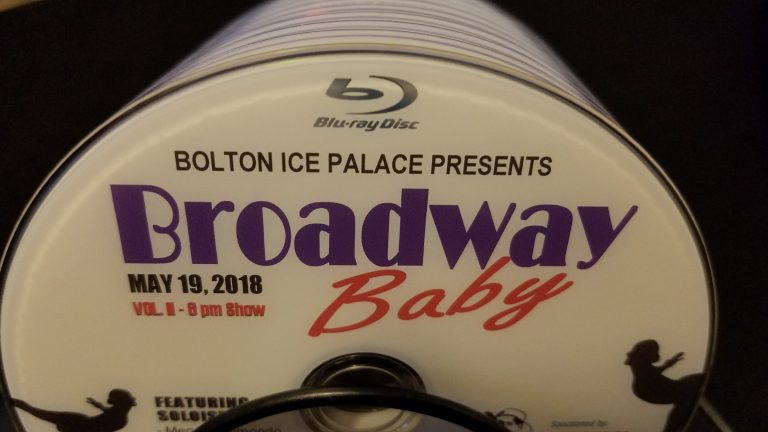 MVP is once again the official videographer for The Bolton Ice Show at the Bolton Ice Palace. Professional video on DVD or Blu-Ray can be purchased online and shipped straight to your home. To orders photos from the dress rehearsal, go here.

– When will the DVDs or Blu-Rays be ready?
By mid-June.

– Does the video have sound?
Yes. We also wired the inside of the rink with an extra microphone.

– How long before I get my DVDs?
Allow up to 10 days for delivery from time of purchase.

– What can I expect to see on my DVD or Blu-Ray?
Every second of action from each show, from the national anthem to the final introductions

– Will your DVDs play in my player?
Our DVDs will play in any device built for DVD play from standard DVD players to Sony PlayStations, Microsoft Xboxes, desktops, laptops, etc.

– What is the difference between DVD and Blu-Ray?
Blu-ray quality is about 4 times sharper and clearer than regular DVDs.

– Can my DVD player play Blu-Ray discs?
Blu-Ray discs can only be played on machines built for them. You must have a Blu-Ray player or one of the other set-top boxes that comes with Blu-Ray capability, such as the Sony PlayStation and other game systems, as well as desktops, laptops, etc.

– Can my Blu-Ray player play DVD discs?
Most likely.